The Best App Hider for Android and ios iPhone: Hiding apps with apps of the launcher can be necessary for a variety of reasons, ranging from personal ones to a desire to clean up a little cluttered menu without removing rarely used programs. We will talk about how the system can do this means another time, and now we will pay attention to third-party solutions. The problem under consideration can be solved primarily with the help of the Best App Hider for Android & iPhone. As a rule, such solutions completely hide the selected programs, so most of them require root access. The second option is to install a launcher application in which the hiding functionality is present: in this case, the icons simply stop showing. Let’s start with the first category of programs.

Quite an interesting piece of software that disguises itself as a regular calculator. This functionality opens after entering a password, which is a simple arithmetic operation. The program requires granting superuser rights to hide applications, but it can also hide files from the gallery on devices without root. 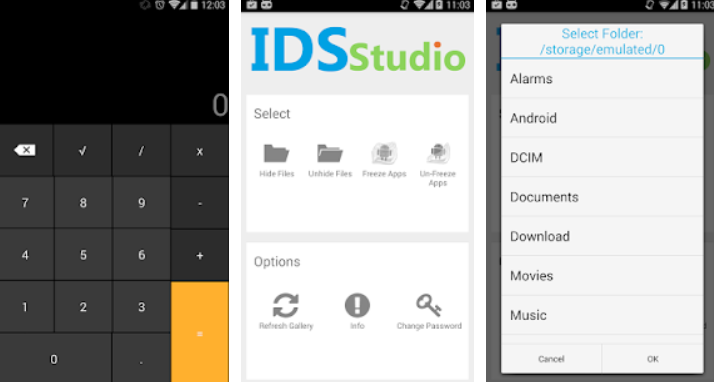 Both functions work without failures, but the developer warns that the Best App Hider App may be unstable on Android 9 in the Smart Hide Calculator, and the program shows ads without the ability to remove it.

Another representative of the software or apps for hiding apps, this time more advanced: there are also options for safe storage of media files, blocking installed applications, safe Internet browsing, etc. Unlike the previous software, it is disguised as an audio manager application. 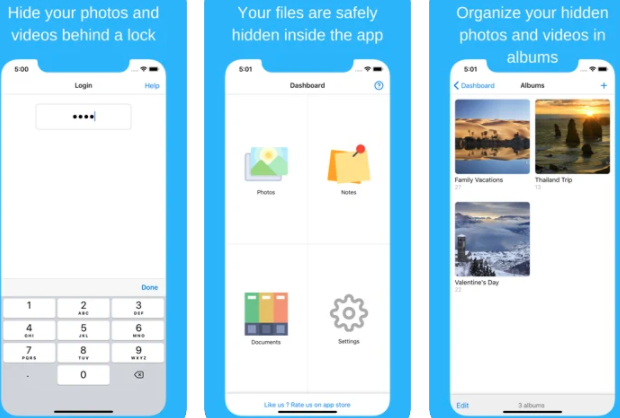 The hiding system works as follows: the application stops and becomes unavailable in the system. Without root access, this will not work, so you need to configure the superuser mode for this function to work on an Android device. Among the shortcomings, we would like to note the problems with the display of blocked programs (only icons are visible), the presence of advertising and paid content.

One of the few, if not the only, application from the Play Store that can hide installed programs without superuser privileges. The principle of its operation is quite simple: it is a protected environment like the now-defunct Samsung Knox, into which a clone of the hidden application is placed. Therefore, you need to delete the original for a full-fledged process. In this case, the status of the application shortcut in the Calculator Photo Vault App window will display the status “Hidden.” 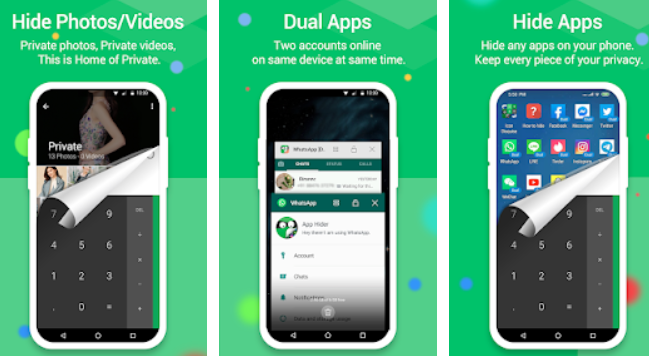 It is a handy app to hide apps and folders. Calculator Vault duplicates the Best App Hider that you want to hide in your “separate space.” Once you have added the application to Calculator Vault, you can remove it from your phone, and now it will only be available here.

The application allows you to set password protection, but it also works with biometric sensors. Moreover, if you do not enter a password, you can use Calculator Vault as a normal calculator, so if you “don’t know where to look,” you won’t notice the difference.

Like Smart Hide Calculator, the program in question disguises itself as a harmless utility for calculations – to access the second bottom, you need to enter a password.

The solution is not without drawbacks: in addition to the need to remove the original hidden software mentioned above, there is no Russian language in Calculator Vault, and some of the additional functionality is sold for money.

The first desktop application in today’s list with the ability to hide installed programs. However, this function has a peculiarity: you can only hide applications on the desktops themselves. They will still be displayed in the application menu. However, this option is implemented well and an outsider without the permission of the device user.

Otherwise, this launcher is not much different from similar software: great tools for customizing the interface, integration with Google services, built-in live wallpapers.

There is also one unique feature – the import of the location of icons and application folders from the program built into the firmware (EMUI, all types of Samsung and HTC Sense interfaces are supported). Disadvantages – Paid content and ads.

Parallel Space makes it possible to create an additional desktop, access to which will be opened only when using a special password (or, again, biometric sensors). 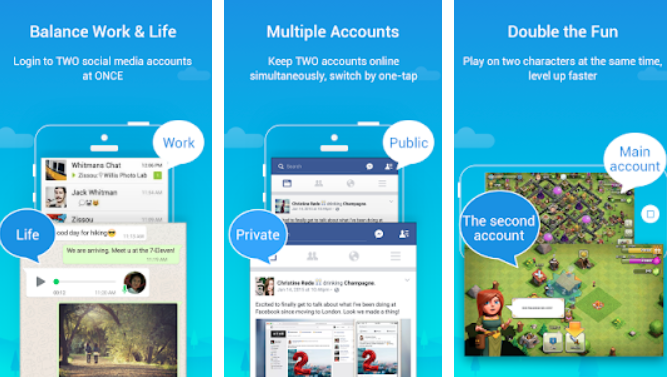 Unlike Calculator Vault and Hider, here, unfortunately, the presence of a “cache” will be issued by the application itself. Although, of course, you won’t be able to use it without the code.

Smart Launcher is known for the automatic sorting of programs installed on a smartphone or tablet, so its fifth version has the ability to hide applications, available through the “Security and Privacy” section. It hides well – without a visit to the corresponding section of the settings (or using another launcher, of course), you cannot get access to the hidden software.

In general, Smart Launcher remained true to itself: all the same independent sorting of the Best App Hider (which, however, became somewhat less accurate), tools for fine-tuning the appearance, and small size. Of the minuses, we note the rare but unpleasant bugs and the presence of advertising in the free version.

An increasingly popular desktop application that allows you to simplify and speed up your work with the device. Like Action Launcher, it supports importing sorting of installed software from the built-in launcher. Hiding programs is available from the corresponding menu item in the settings. 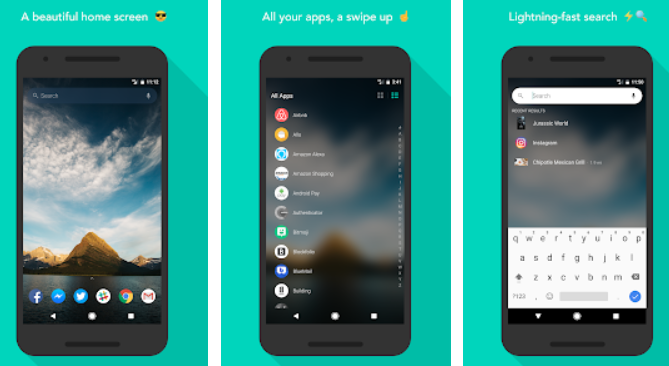 The main difference of this particular solution is the ability to hide applications in the search, Evie Launcher’s proprietary option.

However, the option works well as in the case of other similar Best App Hider apps, and you can get access to the blocked software by changing the launcher. Other shortcomings include problems with localization, as well as unstable work on highly customized firmware.

The App Hider application works similarly to the previous program but has a number of features. Besides the ability to hide applications and games, you can also remove photo albums or even individual photo and video files from your gallery to protected storage. 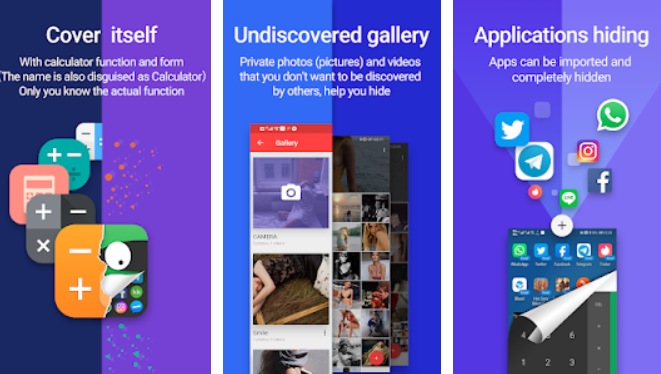 It is very convenient if you do not want to hide all the photos at once, which can be accessed only with a password, and you want to hide only some “special” pictures and videos. An additional feature of App Нider is the feature to mimic the icon of another application.

All you need to do is select applications in the service itself (after connecting your account to it, of course). Family Link will automatically get rid of programs without actually uninstalling them. At any time, programs can be returned to the device desktop. 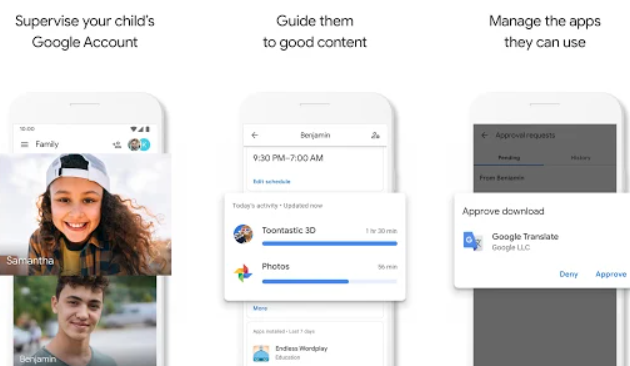 Also, Family Link offers you the ability to keep track of what you are doing with your smartphone: which apps are launched and how often, how long they run, and so on. Moreover, Google Family Link allows you to set some restrictions within the programs themselves.

For example, disallow in-app purchases. Also, the function of determining the location and the ability to lock the gadget remotely are available here.

We’ve reviewed the best apps to hide apps on Android and iPhone. Of course, not all products of this class are presented in the list – if you have something to add, write about it in the comments below.