Dell G3 3579 Review: Dell recently introduced the new G Series entry-level gaming laptops. Although they have already appeared on sale, there is not much information about them, so let’s try to compile what can be found on the network. We will analyze what the younger model Dell G3 3579 is, the review of which I propose below in order to find out how interesting this laptop is as a potential purchase. 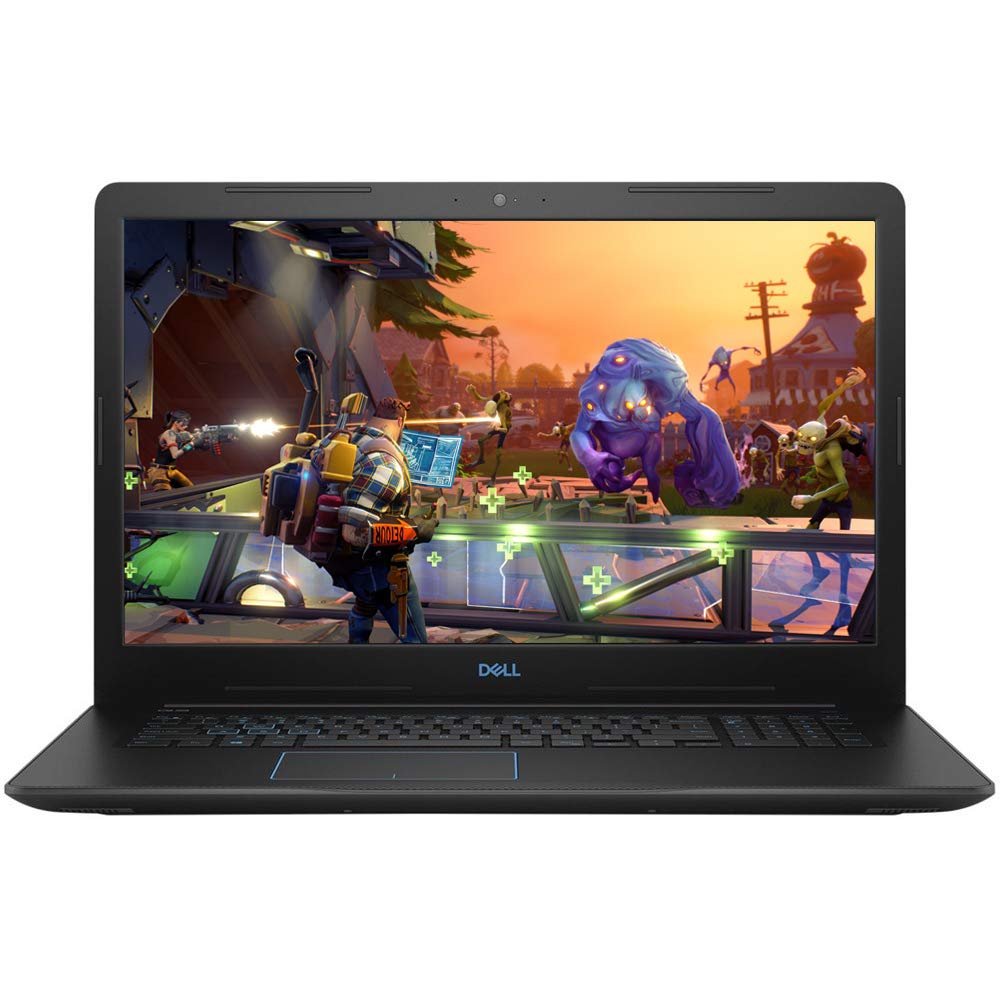 As already mentioned, this series is aimed at the entry segment of gaming laptops, both in terms of performance and price; that is, it is assumed that these should be affordable models with features sufficient for undemanding users.

Proceeding from this, we must take for granted the absence of metal or, moreover, carbon fiber in the finish of the case and put up with inexpensive but practical plastic. Don’t count on Thunderbolt 3 interface ports, either.

Laptops in this series use 8th generation processors, in particular the Intel Core I5-8300H or i7 8750H. Graphics cards – three to choose from: GTX 1050, GTX 1050 Ti, and GTX 1060 in the MAX-Q version. It is clear that these are junior versions of NVidia’s graphics chips.

One of the main features of this series is small (for gaming laptops) dimensions and weight. And in appearance, they are more like universal-utilitarian office-style models, which is further emphasized by a sort of smooth roundness of the corners and the absence of sharp chopped edges. Unless the keyboard with dedicated WASD keys still gives out the game orientation. 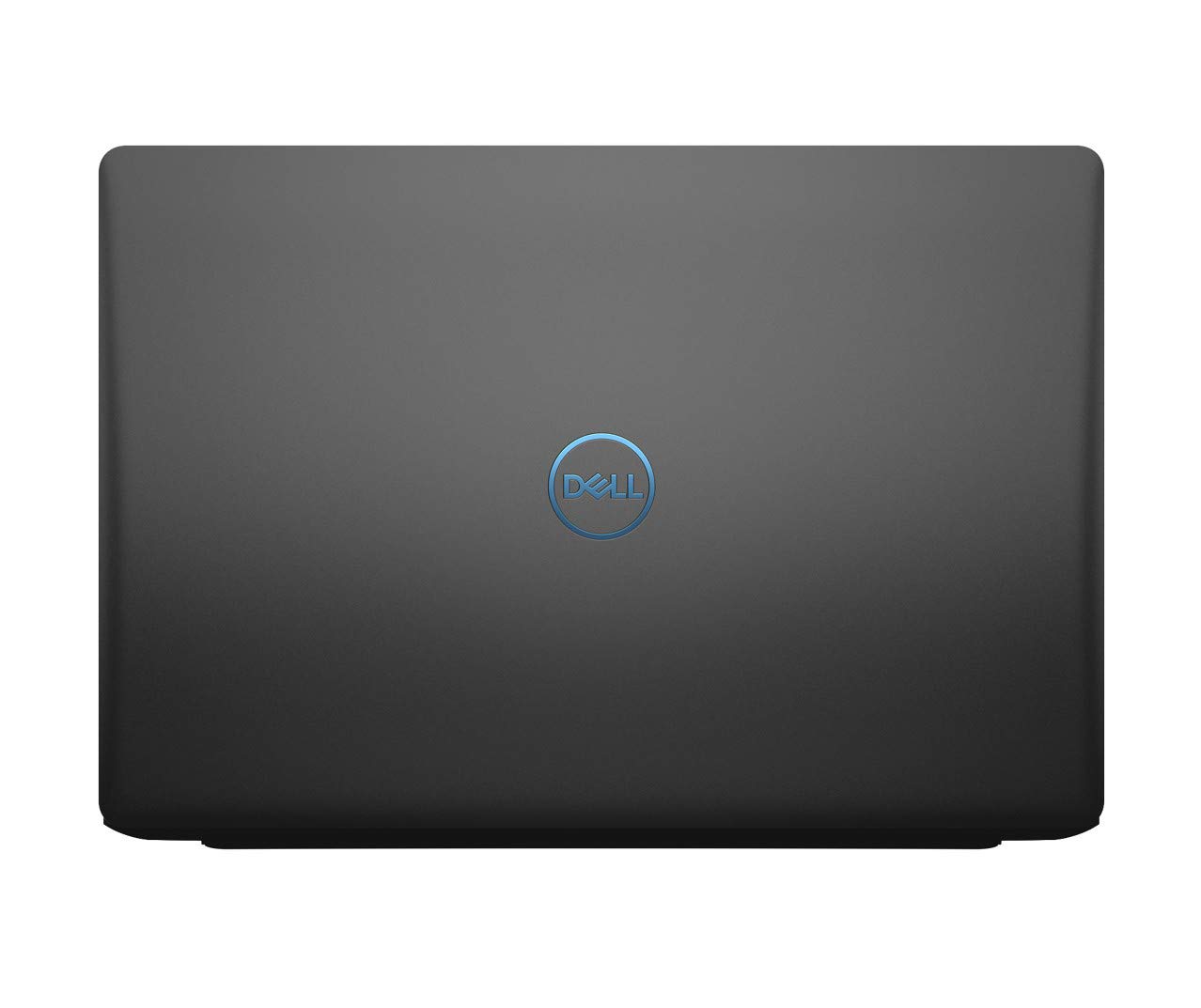 The body itself has sufficient rigidity, and there are no complaints about the hinges holding the lid. In general, considering the budget, the workmanship is good. The body is available in three colors: Alpine White, Recon Blue, and Licorice Black.

When it comes to a keyboard’s qualities, one regrets that the keys have a slow journey and are almost devoid of feedback and resistance when pressed. 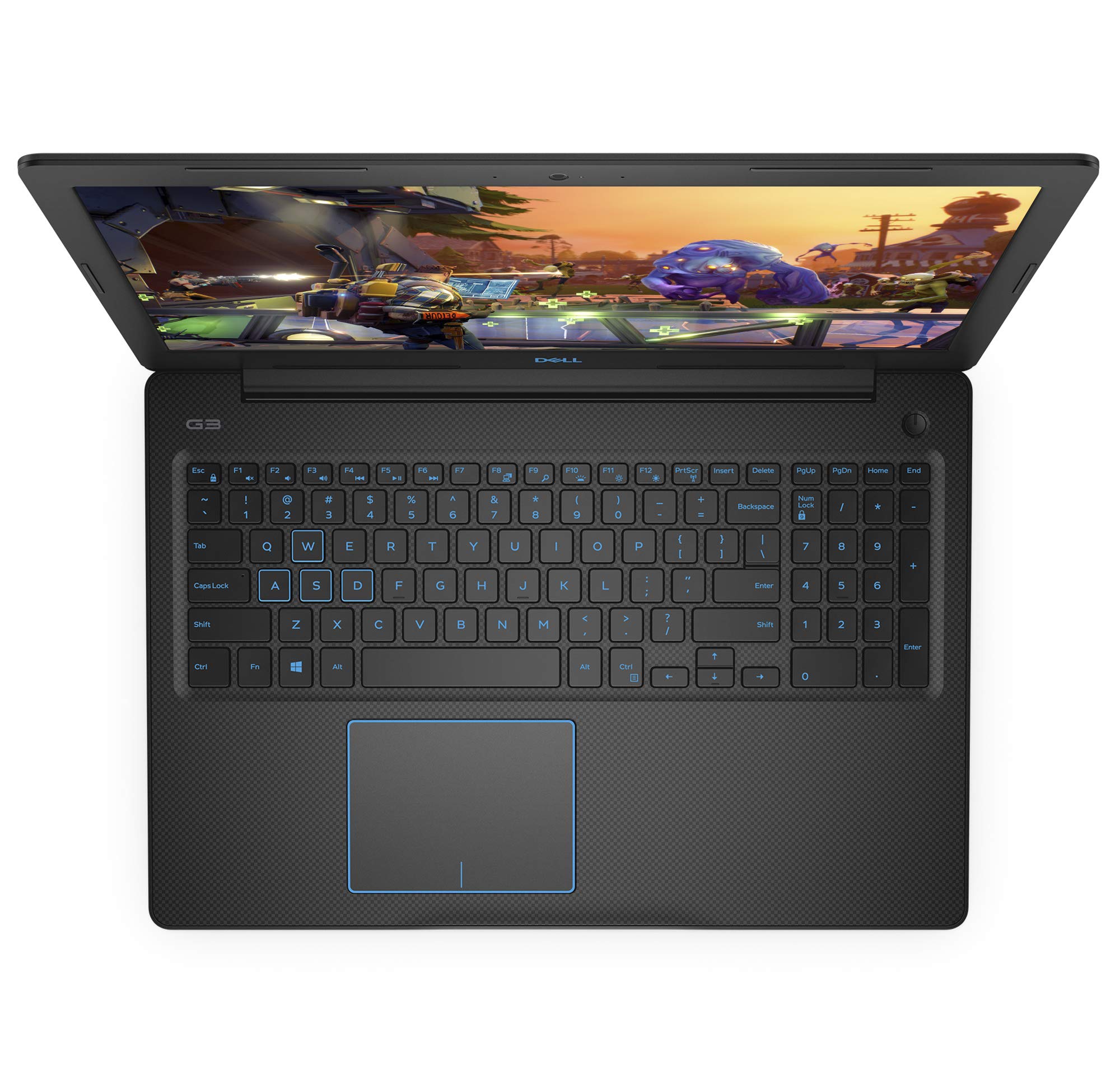 It is also mentioned that pressing the edge of a key may not work, which reduces usability and does not create a quality feel at all. However, these are subjective impressions, and some may like it, but some may not.

At the same time, the distance between the keys is comfortable, and there is a blue backlight. In general, we can say about the keyboard that is average in terms of convenience. It is difficult to attribute it to the advantages of the laptop model and the obvious disadvantage.

The touchpad is quite large in size, quite pleasant to the touch, but, in my opinion, for a gaming computer, it is far from the most important thing.

Dell doesn’t have the best screens in its budget laptops. If you remember that one of the main complaints about the very popular Inspiron 7567 was just about the matrix. 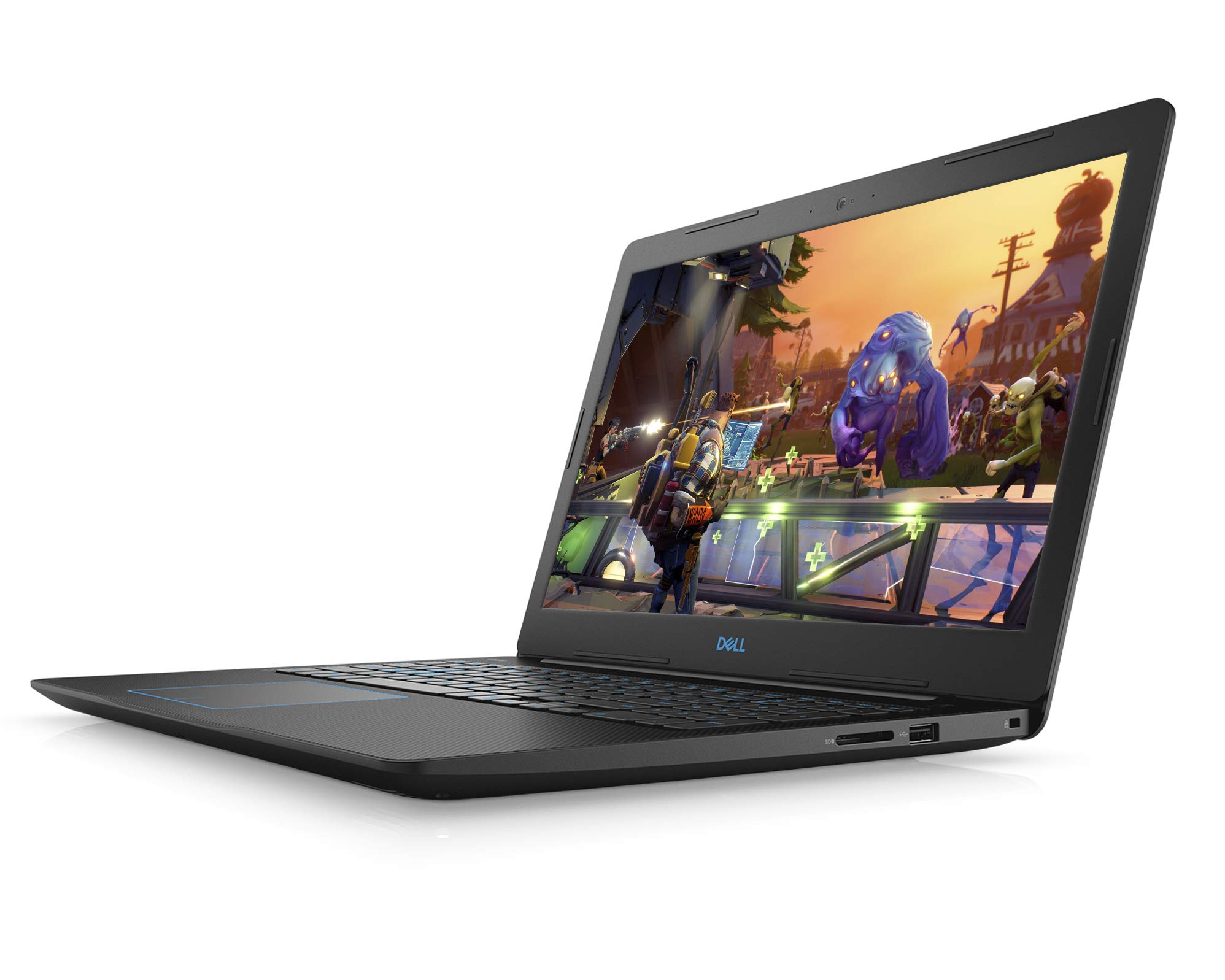 The successor to 7577 has become better, but there have been no significant changes in terms of image quality. In this case, the story is the same, though, where would it come from if it uses the same 156WF6 matrix made by LG (Dell P / N: 4XK13).

On this basis, a good contrast ratio and mediocre color coverage can be expected. With a brightness of about 230 cd / m2, the contrast is about 760: 1. Color coverage is about 50% sRGB. On the good news, there is no PWM.

In general, the screen is not the strongest point of the laptop, and it is quite average in terms of image quality. It is not suitable for working with color, but for games, it is.

A modern classic – a hard drive plus an optional M.2 SSD. Depending on the modification, 128 GB or 256 GB solid-state drives can be initially installed, or only HDD can be available. 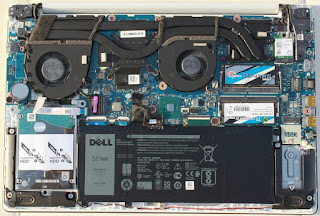 In my opinion, the minimal configuration is more interesting because it is possible and, probably, necessary to select the required SSD, and at the same time, upgrade the memory (for example, from 8 to 16 GB).

Here the manufacturer does not really indulge in an abundance of interface connectors. A pair of USB, HDMI, audio jack on the left, and another USB Gen 2 on the right – that’s probably all of the valuable.

Here I must say a few words about updating the BIOS. You can find test results with different firmware versions – 1.0.2, which was originally installed in the laptop, and with the updated 1.1.0.

So, in a configuration with an i5-8300H processor and a 1050 Ti video card in the Metro Last Light game, the maximum CPU frequency was about 2.7 GHz, and the new BIOS raised the bar to 3.8 GHz, which ultimately resulted in an FPS increase of several frames. True, the temperature also rose.

However, in other tests, the new BIOS did not bring any special improvements. Apparently, you will have to wait for new updates when Dell finally brings the firmware “to mind.”

As for the comparison with competitors and previous models, the performance is at the proper level, and the junior processor is quite enough for a 1050 Ti-class video card.

Cooling consists of two fans of different diameters and two heat pipes. The processor is “served” by two heat pipes, the graphics chip – by one, and the second cool the video memory chips.

During normal operation, there is almost no noise from the “Carlsons.” Under full load, as the temperature rises, so does the noise, so the laptop cannot be called quiet. Considering the heating in the tests, there can be complaints about the cooling system’s performance, especially for the youngest laptop model. The 17-inch laptop may handle heat better.

Dell’s budget laptops are often a fusion of contradictions. Much seems to be good, but still, something turns out to be not very good, and you have to put up with it, make a compromise. Here and in this case. The screen is not the strongest point of this model. There can be some complaints about the keyboard too; with cooling, not everything is rosy.

And yet, don’t forget that we’re talking about a budget gaming laptop. Making allowances for this fact, it is quite possible to come to terms with something. Plastic case? Yes, but good looking, thin, and light for a device in its class. It has a good battery that will last 4 hours of office work. There is a choice of configurations for every taste and at a price of interest.

Are there any cheaper options? For example, with a GTX 1050 Ti video card, you can find models starting from 50,000 rubles, but this will be at least the last generation of processors. With Intel Coffee Lake, this Dell laptop is one of the most affordable.

If we consider the G3 3579, then personally, I would choose the minimum configuration for the purpose of installing the SSD on my own because the 128-gig drive is still not enough. And in the long term – and increase in memory at least up to 16 GB. I would not chase after an older processor either, because the cooling system does not always cope with the i5-8300H either, and for the video cards used, the capabilities of this “stone” are more than enough.

However, there are also alternatives to this laptop. In this case, however, you will have to make compromises and put up with the shortcomings. How much the price compensates them – everyone is free to decide for themselves.