The Best App to Download Games on Android: The Google Play Store isn’t the only place to download games from. We have compiled for you a list of official and unofficial stores for downloading games on Android.

By apps for downloading games on Android, we mean special programs that allow you to install other applications in one click. An example of this is the same Google Play Store built into any phone on the mentioned operating system.

But did you guess that there are other similar applications with their own advantages and disadvantages over the same giant as Play Market? They will be discussed in the current article.

In this subsection, we will look at the official apps for installing games. We are talking about Google Play Store and similar programs that can be downloaded from there. Their main advantage is security, as Google employees rigorously vet them.

No matter how trite it may be, we start with the most obvious version of an application for games and other programs on Android – this is the Google Play Store. The virtual store is already built into any device on the operating system in question, and all that remains for the user is to find the desired game and install it in a couple of clicks. You simply cannot avoid dating from the Play Store. 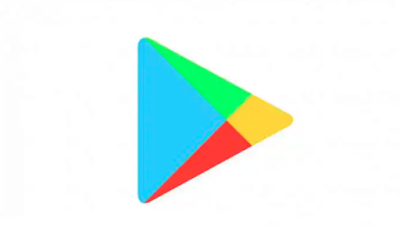 Some dry statistics: 3 million applications to choose from, of which 2.9 million can be downloaded for free. There are ~ 390 thousand games in total, of which most are arcade, puzzle, and casual games. In the Google Play Store, you will find games and various other applications in the categories of education, transportation, business, dating, health and fitness, and so on.

While the Play Market covers almost every category of apps imaginable, the Games Store App Market is focused exclusively on games. This is a simple program that boasts its own rating system, various filters (top free, trending, and so on), a careful sorting of all games by genre (adventure, arcade, action, music, simulation, and so on), and a clear interface.

The Games Store App Market is available for download to your phone in the Google Play Store, which means the program is definitely safe. Also, the developers do not impose any paid services.

The name of this app for games unwittingly hints that it is not like everyone else. Indeed, the usual arcades, puzzles, and other mobile gaming industry products are absent here – attention is paid to games from the old PSP. 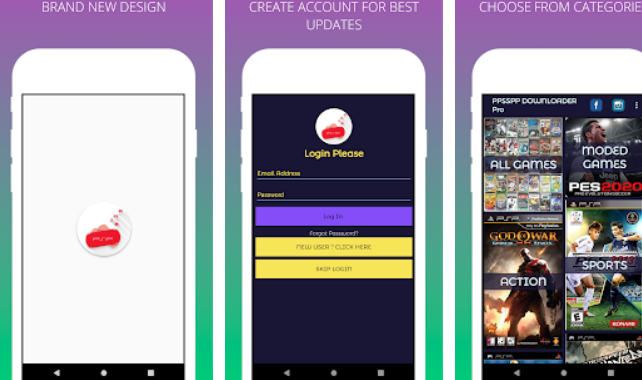 You can download such masterpieces as Assassins Creed Bloodlines, Tekken 6, Spider-Man 3, and others for free and enjoy their passage on your smartphone.

The advantages of PSP Games Downloader include:

Unfortunately, there is no division by genre, and there are not so many projects, but do not forget that we are talking about a portable console, which everyone rarely went to, excuse the rudeness, “slag.”

Another software on the Play Store. The main difference is that they are displayed not in the form of a list on the game’s main page but already with a short description. That is, the user may not look for a pig in a poke but immediately understand what awaits him. Another question is whether a person who does not know English will understand this. 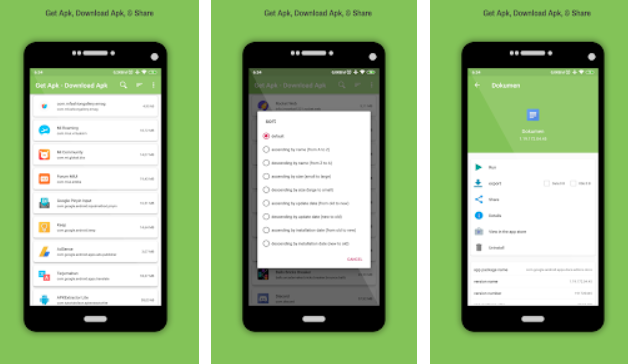 In addition to games, there are also various applications, as in the same Google Play. They are also neatly sorted into various categories. The disadvantage of APK Download is the presence of intrusive ads, which are located in the interface and often appear when navigating between sections.

The following Android apps are unofficial: they are downloaded from the developer’s site. Accordingly, we cannot guarantee the safety of such software. However, the list was not taken from the ceiling and was guided by user reviews. But we still recommend that you treat with caution.

The advantages of such programs:

This store is like taking a trip to an Asian country, as only games from the categories anime, JRPG, visual novel, and other genres popular in the east are located here. Hence the minus follows – not all projects have been translated at least into English. So you’ll have to settle for a Chinese, Korean, or Japanese interface. 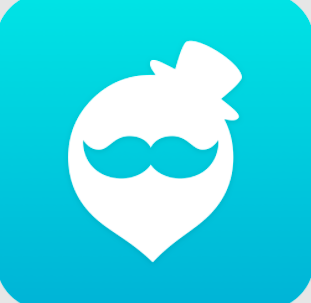 QooApp contains games from such anime series as One Piece, Dragon Ball, Naruto, and others. The interface is pleasant and not overloaded and resembles the same Play Store. Sorting functions and a rating system will help you better navigate the applications, even if these characters do not tell you anything.

MoboPlay App Store is an analog of Google Play with a similar interface and categories. Here, in addition to games, you can download both paid and free applications, evaluate them, and so on. The page of any program contains detailed information about the “product”: size, version updates, and much more. Detailed settings allow you to delete spam and unnecessary applications in one click. 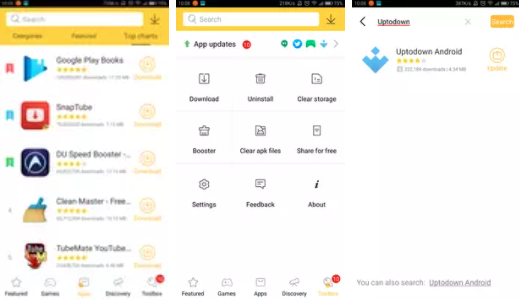 There is nothing more to say about the MoboPlay App Store – this store almost completely copies Google Play but does not force registration.

Aptoide is another analog of the Play Store, which also hosts an abundance of games without regional restrictions. Moreover, there are applications available that could have disappeared from the main competitor long ago. 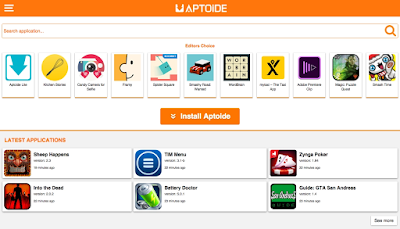 Here you will find all the same functions – categorization of games, rating system, search engine, and detailed settings. The interface is made in the style of YouTube – those who have used the mobile version of the video hosting will surely notice the similarities.

Alternative application marketplace TutuApp has collected popular games, official and unofficial. This means that content that was cut for some reason in Google Play can be found here. Also, in TutuApp, you will find other programs such as console emulators, screen records, jailbreak apps, and tweaks. 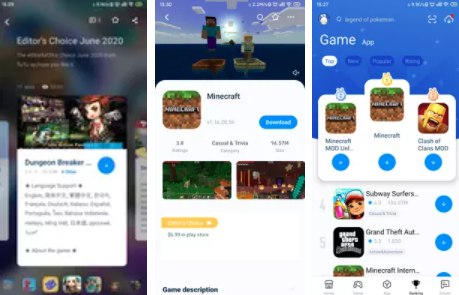 As for the interface, everything is already familiar to you – at the bottom, there are sections, on the main screen, you will see a lot of games sorted by user ratings, and at the top – a search bar that will help you quickly navigate the virtual store.

F-Droid will also save you if the application you need is blocked in the Play Store for some reason (for example, there is an analog of YouTube NewPipe, and AdAway ad blocker, and so on). The main advantage of this directory is its open-source code. That is, any user will be able to look into the “root” of the application, and an intelligent programmer will be able to understand at all how it works. That is, F-Droid can be trusted. 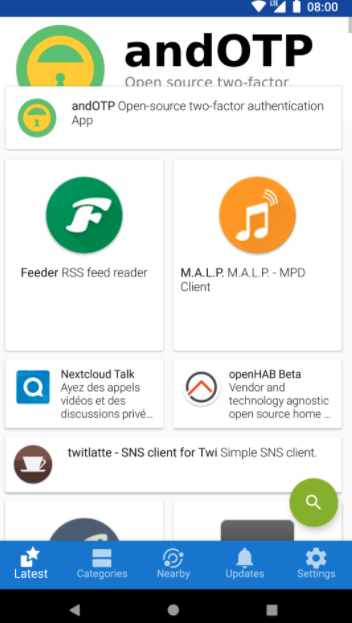 Of course, there was a place for games. The store’s design is much simpler than previous candidates’ and is also easy to understand. The apps are categorized into different categories and can be easily updated if needed in a dedicated section.

With ACMarket, you can again feel like a modern pirate – after all, this is another alternative to Google Play, where you can find various prohibited and modified content. 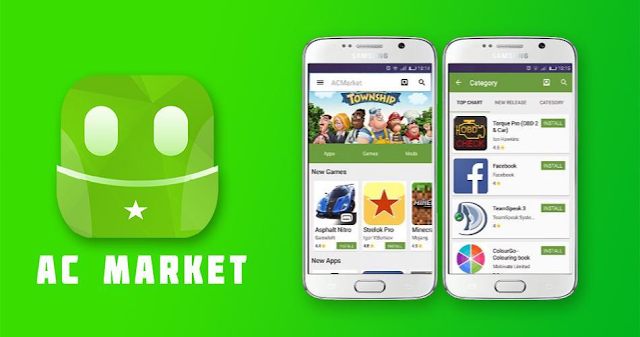 The features of ACMarket include:

The content is divided into an abundance of categories, and in addition to games, you will also find music, videos, and other programs.

We conclude our selection with one more “black market” – the Blackmart Alpha store. The user is offered to download thousands of free applications, which are paid in the Play Store or are completely absent there for various reasons. The program’s functionality is not much different from the “main competitor” – only the interface here is much simpler but also more understandable. 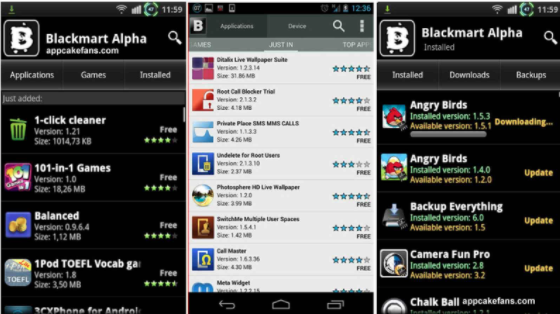 The key feature of Blackmart Alpha is that all content is available for free. There is only a question of trust in such a store, but we warned you about this at the beginning of the section.

In the article, we have provided applications for downloading games on Android of They are official and are under the wing of Google itself, and of them contain much more interesting games, but they are unofficial. We hope that we helped you find a program for downloading the games you need, and if you have any suggestions for supplementing this list – write them in the comments, we will be happy to add!